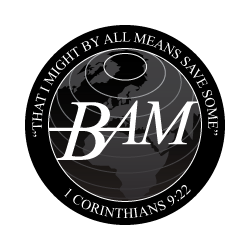 The Beginning:
The Christian’s Bible tells the story of God’s dealings with humanity from the beginning of the world to the early days of the church.  In its normal format it contains 66 books 39 of which are inherited from the Jewish writings (the Scriptures) known as the Old Testament [OT] and 27 books which form the New Testament [NT].  Approximately 400 years separate the last book of the OT, Malachi (prophecy) and the first book of the NT, The Gospel according to Matthew.  There are other writings some of which are linked with this period and these are grouped together in the Apocrypha which is also printed in some bibles.

The first five books of the OT are known by several titles:

The Greek name of the first book is Genesis, which as its title implies is all about BEGININGS.

The focus of the book then moves from the more general view of the world to the formation of the nation through which would come a person who would restore the relationship damaged in ‘The Fall’.  It follows key figures:

Abraham to Joseph:
Escape from Slavery:

In the second book (Exodus) the ‘books of Moses’ pick up the story many years (approximately 400) later.  The descendants of the family group of around 70 people, known now as the Israelites, had become such a large community that they were considered a threat by the rulers of Egypt. In an attempt to control this perceived threat, the embryo nation was made to work as slaves

The next phase is the conquest of the land under the leadership of JOSHUA and the period under the JUDGES.  This book ends with the picture of the political set up; “there was no king …everyone did what was right in their own eyes.”

This TRIBAL phase is marked by a repeated cycle of threat from the neighbouring nations, attributed to not remaining faithful to God as instructed in the Mosaic Law, and then those raised up to lead the nation in battle: (Judges)

These leaders are labelled as JUDGES.  As this phase draws to its conclusion it is the role the Priest Samuel that is significant. His role included the response to the demand for a King, ‘to be like the other nations’.  This moved the nation into the period dominated by the KINGS.

Israel developed its own variant religious practise, denounced as not a true following of the tradition of Moses.  There was no consistent succession and several dynasties after the start one king Omri captured Samaria and made it the capital of Israel.  The rise of the Assyrian nation, (its Capital, Nineveh,  was located near to modern day Mosul , Iraq) was to oppress both Israel and Judah.  In 722bce BCE  they captured Samaria and as was their practice, they moved / mixed the natives of the countries they dominated.

By contrast the Kings of Judah remained as the dynasty of David.  They were oppressed by the Assyrians but were not totally conquered, Jerusalem surviving a siege. The nation imperfectly remained closer to Mosaic tradition.  However as a consequence of their ‘unfaithfulness’ they were to face domination too.

The Assyrian Empire fell to the Babylonians (The city of Babylon was located just north of Basra, Iraq). The Babylonians subdued Judah taking many of the top people into Exile. More were taken in a second round and then following continued rebellion Jerusalem and the Temple were destroyed and more taken to Babylonia.

The narrative is found in the books of Samuel, Kings and Chronicles.  The books of Chronicles are thought to include a reflection on the historical events from the priests view-point.  All the historical records are not ‘history for history’s sake’ but focus on the religious significance of the events.

Alongside these books, which are more about events, there are recorded the messages from those described as the prophets, those who instructed and spoke ‘on behalf of The LORD’.

When Judah was overtaken by the Babylonians (c605-586 BCE)  It happened in three phases.

There is a period of some 70 years covered by this EXILE.  Three prophets focus on this period.

When the Babylonian empire fell to the Medes and Persians the Jews are allowed to return (c536 BCE) and many did.  Again this took place in three main Phases:

The story of Esther fits into this time period.  She becomes the Queen to Xerses.  (He is linked to conflicts with Greece) and was instrumental in preventing the nation’s genocide. Other historical events of this period of world history include the deaths of Buddha and Confucius.

While the return to the land was allowed the nation did not regain its power and influence.  The messages of the prophets from this period reflect a nation struggling in both its commercial and religious lives.

Life after the Exile:

A period of Silence:

For the next 400 years there is no record of any prophetic activity of the same type.  This is one reason the ministry of John the Baptism stood out.  Here was someone ‘like one of the prophets of old’.

During this period the nation was to be subject to two great powers who were to play an important part in the events of the New Testament.

The Life of Jesus and the Early Church.

Acts recounts some significant events from the early days as the Christian church begins to form. The initial followers of Jesus did not think of themselves as a new, separate movement because they understood him to be the promised saviour, the Messiah.  Here are some of those stages:

The remainder of the NT contains various letters attributed to the apostles and significant leaders of those foundational years.  It ends with the visionary document attributed to the Apostle John, “Revelation”, which in part looks to the culmination of the Big Story and the reign of Jesus the Christ.

Beyond the period covered by the books of the bible the early church faced increasing hostility both from the Jewish faith leaders and the Roman authorities.

The continued Jewish rebellion against Roman control resulted in the destruction of the Temple in 70CE which ended the traditional Jewish religious practice.

In 325CE The Roman Emperor Constantine adopted Christianity as the State Religion – the birth of Christendom?

These early centuries contained many challenges for the early church, both from opposition from outside powers and various interpretations of the message handed down from within. The teaching of many of the groups that emerged were considered heresies and resulted in discussions to define what would be defined as Orthodox Christianity.

The Early days of the Church: